Is something wrong she said? I have to whiz. Your bladder’s full she said? Do I deserve to pee? Is that the question?… 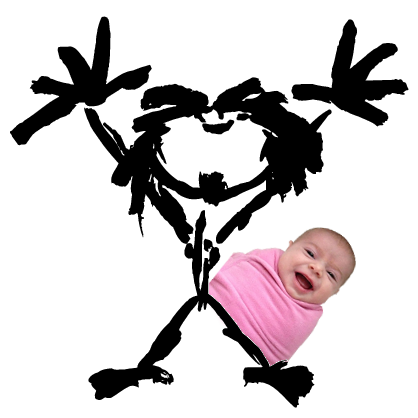 Yes. Yes I know it’s been well over a month since I last posted. I know. This hasn’t escaped me. I have the best of intentions to write. To craft. To photograph. To write about crafting. To write about photographing the crafting. Alas, most if not all of my time lately is spent with a ten pound human attached to my boob, on the couch watching really crappy TV because I’ve already read everything TMZ has to give, my iPhone is dying, and there is little else I can do with one hand while held captive on a couch that is slowly developing a dent the size of my ass. That’s a large dent. My daughter could probably disappear in that dent. The Grand Couch Canyon.

Don’t get me wrong, I love my daughter, and I don’t mean to complain. I just sometimes would at the very least like to take a piss without feeling guilty because she’s screaming like she watched me kill her puppy. Don’t judge me for my high levels of selfishness.

Anyway, with Mr. Jennysold taking three more weeks of his paternity leave (thanks, Large Internet Company Employer!) during December, that will jump start my getting back to it crazy-style. And allow me to pee with the door shut. That’s the plan, or at least the hope. :)

Until then, I will be at the Haverford High School Holiday Bazaar. Come visit!